We are excited to announce that Postitial mobile ads have now scaled across the portfolio of Outfit7 apps including the new releases My Talking Angela, as well the longtime #1 games app My Talking Tom.  With more than 2 billion downloads to date since 2010 on its iconic suite of apps, Outfit7 is one of the largest developers of mobile apps, and not surprisingly, one of the largest sources of mobile advertising inventory across different ad formats – now including Postitial for full-screen ad sizes. 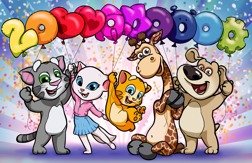 Postitial on Outfit7 can be used for both branding and performance campaigns. For branding, advertisers can chose from full-screen static ads or rich media that are displayed when a user ends an app session, or they can chose to sponsor an application(s) whereby a “Brought to you by Brand XYZ” creative is displayed every time a user closes an app session – this very similar to the back cover of a magazine concept.  And we know that the back of magazine is both a premium spot and the traditionally the second best performing ad space.

For performance, of which the most common is CPI (Cost-per-Install) campaigns, advertisers can now plan and buy Postitial campaigns and use their preferred app install tracking partner to track performance.  Postitial has also proven to receive higher user engagement than interstitial ad placements in the same app.

Advertisers can directly buy Postitial via a number of mobile DSPs (including LoopMe and Smadex) or directly from a number of selected mobile app developers that have a direct sales team.

If you would like to find out more about how to include Postitial in your media plans for both branding and sponsorship contact us at sales@iqzone.com.